After giving my thoughts about each of the conferences and picking up my favourite moments, I wanted to share with you some numbers/insights. Most of the content you’ll read comes from this awesome blog post by ICO Partners. Side note, if you aren’t already following Thomas Bidaux on Twitter, please do it – he gives a lot of insights about PR Intelligence, Crowdfunding and the Indie scene.

Before we dive in numbers, please keep the following three statements in mind:

While PlayStation sees a variable performance YtoY since 2014, Xbox has been steadily growing and shifted ahead of PlayStation in terms of articles for the first time. As Thomas rightly points out in his article, PlayStation is slowly, but surely, making its PlayStation Experience their main press event. As I wrote in my article regarding EA’s E3 Conference, publishers have a lot to win if they move and own their event. Regarding PSX specifically, its timing is good for several reasons:

Aside from the usual impressive output those two have, I would like to focus on Nintendo: they have doubled the number of articles they get. Of course, the Switch is a major factor in this success, but the quality and content of their Nintendo Direct were impressive – as described here, in the span of 30 mins they managed to pull it off. 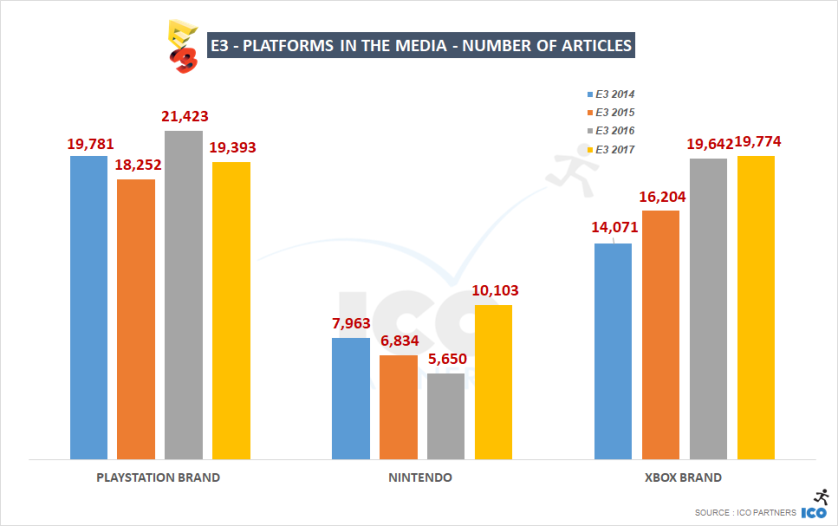 Below, you’ll find a breakdown.  Here are some important points to keep in mind when reading the graphs: 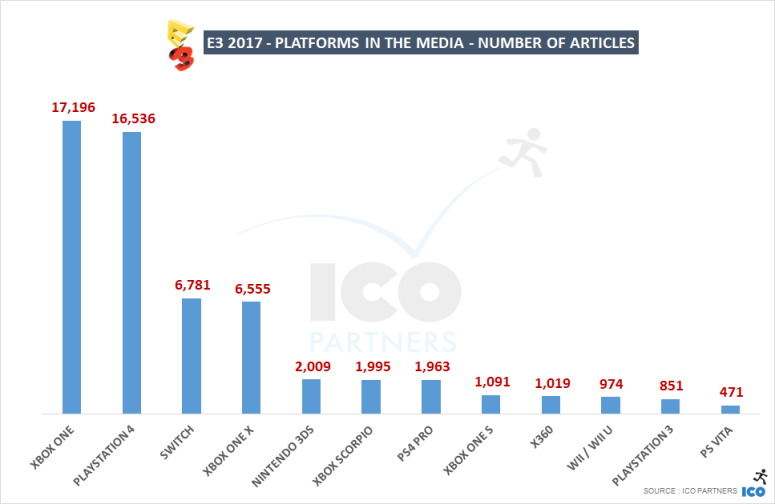 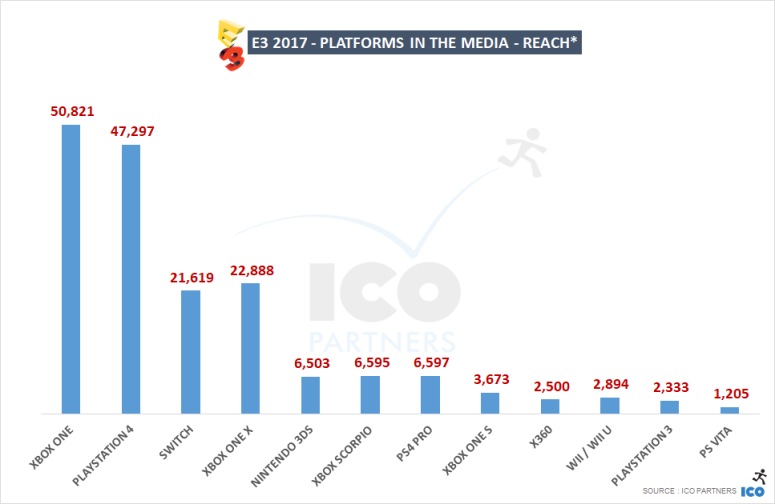 ICO Partners also compared VR numbers, some thoughts from my side:

The three leading publishers in the graph above all did a conference. They aren’t leading simply because of that; as mentioned in my previous article, when doing a conference, you need the right content, right tone etc. Doing a conference when you have no content won’t yield positive results, except if you are Devolver.

Ubisoft did a stellar job this year.  You have to hand it over to them: they take risks, they are innovating and bringing new IPs to the market. This strategy pays off in terms of coverage, but also in terms of sales: according to the NPD Group, the two best-selling games of the year in the US, so far, are from Ubisoft, and one is a new IP. 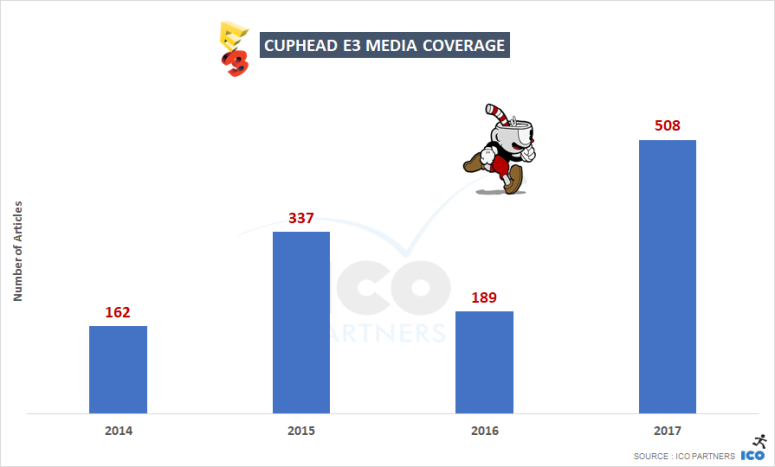 From the article: “After its 4th year being featured at E3, Cuphead is finally going to be released. This illustrates quite nicely how much having a release date helps you coverage-wise. At this point, the game has been covered a lot over the years. The fatigue shows through the numbers at E3 2016, so the 2017 numbers overall indicate a very good performance for a game of that profile“.

This game will be tough to sell on Xbox One due to its nature: a platformer + a hard game. Regarding the reviews, it will massively depend on the “platforming” aspect of it: when I tried it 2 years ago, I had the impression that the game was some sort of permanent “Boss Rush” mode

As I mentioned in the introduction, I don’t like the concept of “Who won E3“, because it’s unhealthy, but also pretty hard to decide without all the data: social media growth, engagement/reach, game/console sales, in-game KPIs, stock fluctuation etc.  However, on my last article, I listed out my favourite moments of E3, and two of them stood out: Nintendo Direct and Ubisoft conference. The data above seem to go in that sense.

Both the companies are facing huge challenges, Ubisoft with Vivendi, and Nintendo to reclaim their throne after a massively disappointing Wii U. As Thomas Bidaux from ICO Partners puts it: “And I want to think that the two companies’ partnership also played a big role, and is probably not a coincidence considering the position they both have at present in the industry, and their respective challenges.”