After the first and second parts, I am happy to reveal the third one.

The concluding words in the previous article were “the next articles will show us some interesting patterns, takeouts and why/how Poké SuMo PR Campaign was more extensive.” Taking it from there, here are two documents I have created to understand what I’m mentioning: 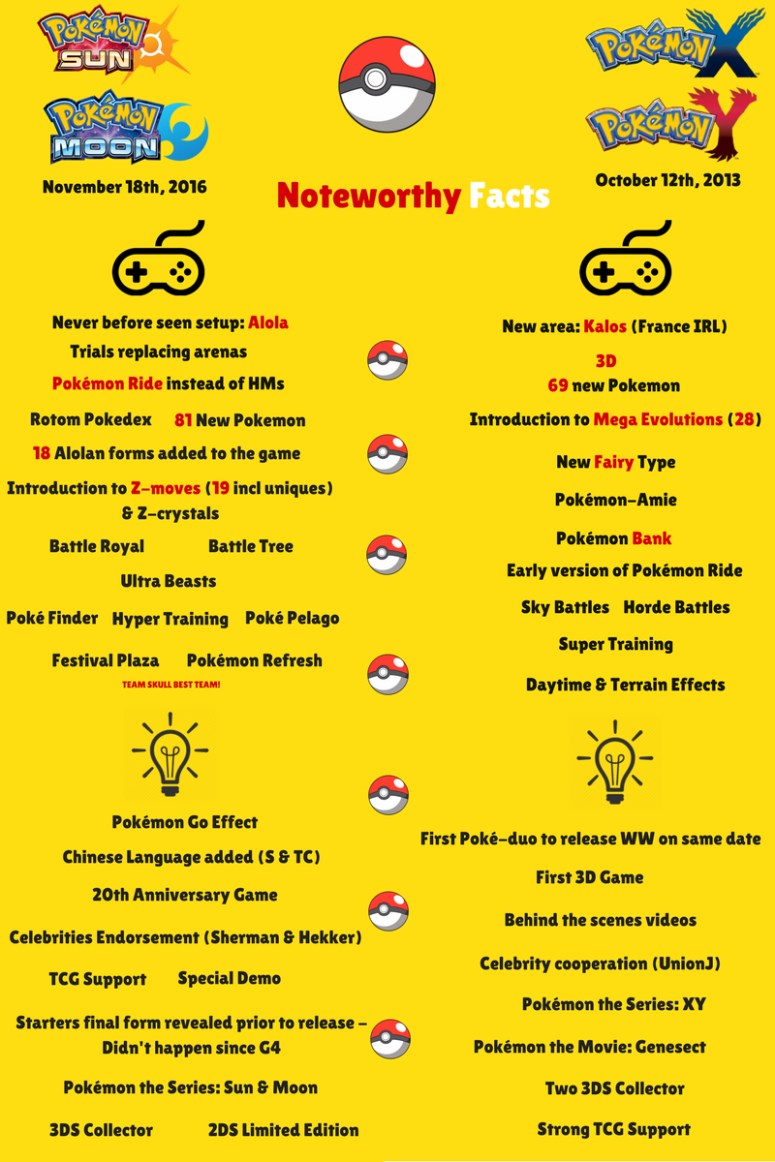 From what I have seen, read, experienced and understood, Poké SuMo’s campaign was much more inclusive and welcoming than the previous Poké-duo. Here are some hints and facts leading me to this thought:

In terms of flow and reveals, there were some major differences  (or not), among them:

Note: According to SELL, Nintendo is the biggest publisher in France, by far.

I think TPCi decided to fully reveal those for the following reasons:

Those are the points I decided to highlight to showcase the major differences and the inclusiveness of Poké SuMo’s campaign. Another thing that we need to keep in mind, as you can see in the Excel file and the infographic above, Poké SuMo had much more content/features in-game.

Before closing in the 3rd part, let’s take a quick glance at Yokai Watch:

I think it is pretty obvious that Pokémon’s communication is much stronger, denser and attractive. Not only in terms of outputs, but also in terms of outcomes. To illustrate so, I have asked Thomas from ICO Partners to provide me with some stats starting May 2015. Those are the number of articles published on each brand (without PokéGo):

That’s it for the 3rd part. The 4th part will be focusing on the last 2 months of the campaign, and also tackle the Pokémon Go phenomena.

What can we keep in mind following this article?